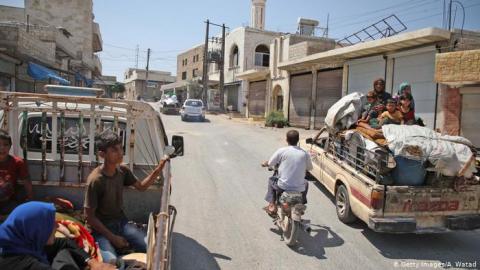 Huge numbers of displaced people are sheltered between the olive trees, dwelling the agricultural land. This illustrates the inability of NGOs to meet the needs of displaced people to provide housing, immediate health services and food. This is due either to a lack of funding and the inability of the organization to meet the needs or the suspension of relief work by some other organizations due to the dangerous situation in several areas in the northern countryside.