Syria's Urbicide: The Built Environment as a Means to Consolidate Homogeneity 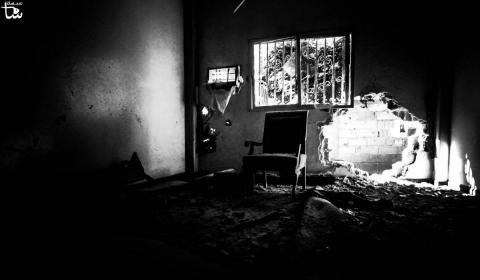 The Syrian regime has been significantly tampering with the built environment in Syria over the past years in order to realise and sustain political achievements. This paper explores this dimension of the Syrian conflict through the lens of urbicide. It argues that different violent urban arrangements - both destructive and constructive - have been enforced in the Syrian context to consolidate the regime’s authoritarian power and eradicate socio-political diversity. These arrangements include:

The paper concludes that this violent configuration of Syria’s built environment is an attempt to
eradicate the populations of opposition areas, hence, instating political homogeneity. It further serves
economic interests, as it transforms the general conditions for capital accumulation in a way that
fortifies the despotic character of the regime. Finally, this strategy also runs along sectarian lines,
building on and sustaining Syria’s socio-economic and political hierarchies.

Sawsan Abou Zainedin presented this paper at the keynote session of the 5th Lemkin Reunion, held in March 2019 and organized by the Shattuck Center at the School of Public Policy, Central European University in Budapest.