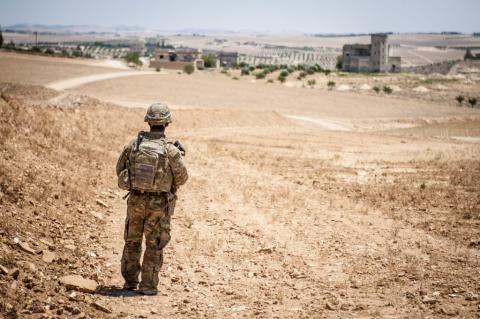 This paper initially served as a response to US President Donald Trump’s announcement
that American troops would be removed from Syria. Since then, it has grown into a larger
project examining the many actors at play in the governorate, their motives and positions,
and the effect US withdrawal will have on the existing balance of power. This paper attempts
to detail the reality on the ground and provide insight into the complex nature of a war with
shifting alliances and foreign proxies that provides little voice for the civilians who suffer
most. Any lasting peace will have to guarantee the free return of all displaced people and
equal political representation of all communities in the Governorate of Aleppo, including
Arabs, Kurds, and Turkmen.