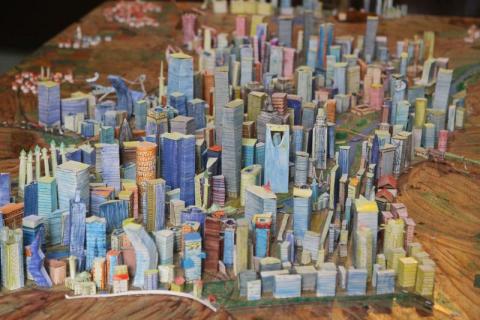 The Syrian crisis is about to enter a new phase with the increasing tension among the conflicting parties shaping the future of the country. The northern province of Idlib awaits a bleak fate, despite the deal that Russia and Turkey brokered; the city will inevitably be destroyed unless the international community stops Assad’s military. Although the armed conflict occupies the spotlight in the media, the war economy and managing the investments in Syria is equally important. Consequently, the relevance of the law to the recent events and changes on the international stage shows Russia’s intention to put an end to the war and to cooperate with neighboring countries to send refugees back to Syria and find a way to solve the situation in Idlib with minimum media coverage. Then Putin declares the end of the Syrian crises, the beginning of the reconstruction of cities and resettlement of Syrians not only from Idlib and neighboring countries but also from the EU.