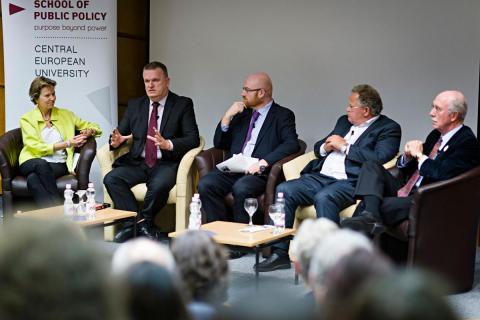 During a panel discussion on the Srebrenica Genocide on October 2, Muhamed Durakovic warned that countries can disintegrate very easily. “It happens so quickly,” he said. Durakovic, who survived the Srebrenica Genocide, the killing of more than 8,000 Bosnian Muslims in Srebrenica in July 1995, urged audience members to “guard” the peace and to “nurture inclusive societies.” Durakovic said that the war in Bosnia was not an ethnic or religious war as has been suggested by some, but rather a conflict between two concepts: an inclusive society where all nationalities and religious groups live together, and an exclusive society where only one ethnic or religious group lives in a particular territory. 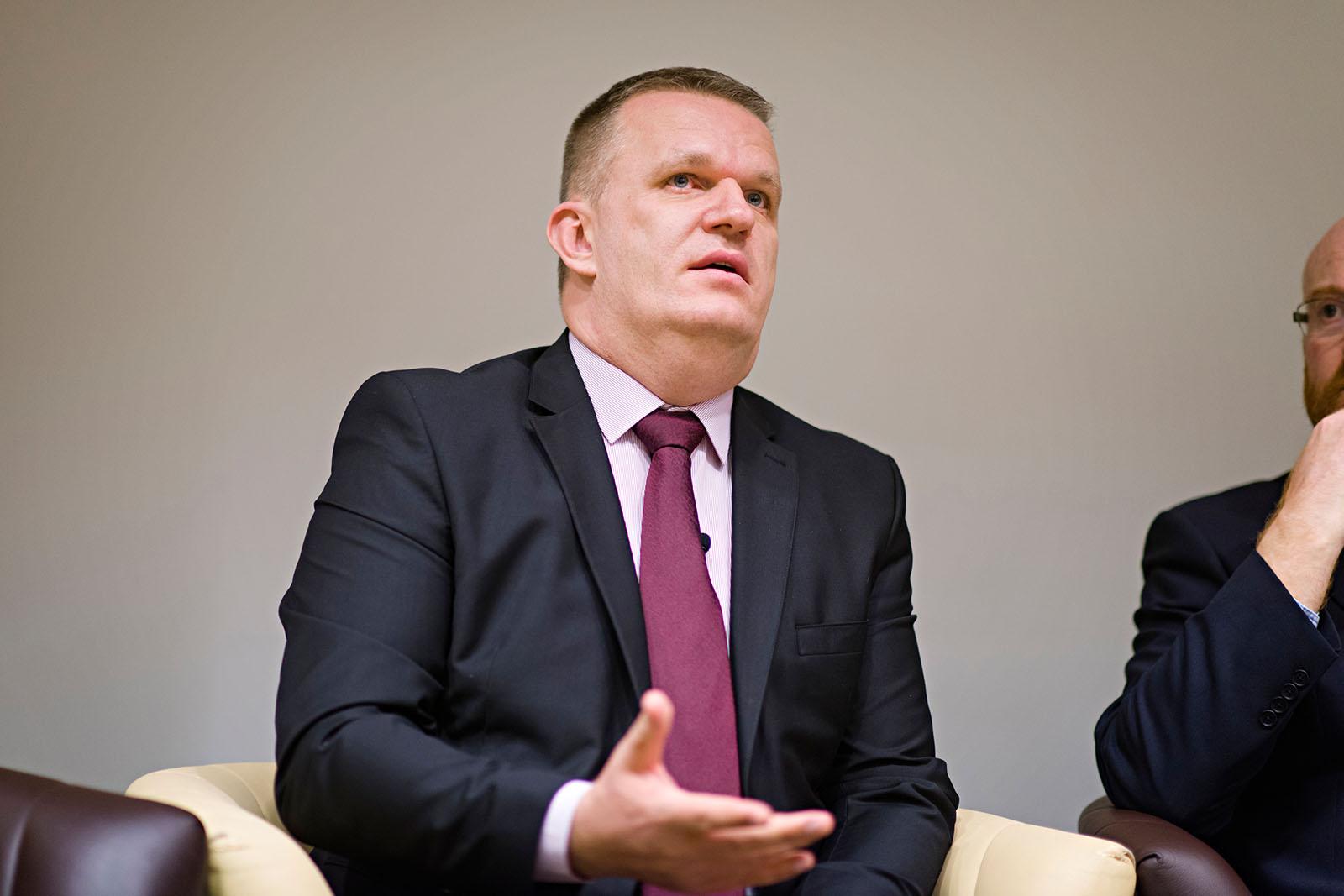 Durakovic noted that although most of the world recognizes the Srebrenica atrocities as genocide against Bosnian Muslims, Roma, Catholics, and other non-Serbs were also killed. While many more Muslims were killed, Durakovic said that genocide “is not about numbers, it’s about the intent to eradicate one group based on its religion, race, or ethnicity. In Srebrenica genocide happened against those groups as well.”

Durakovic was speaking during the Lemkin Reunion/Milders Lecture Series that the Center for Conflict, Negotiation and Recovery (CCNR) at the School of Public Policy at CEU co-hosted with the Embassy of the Kingdom of Netherlands. 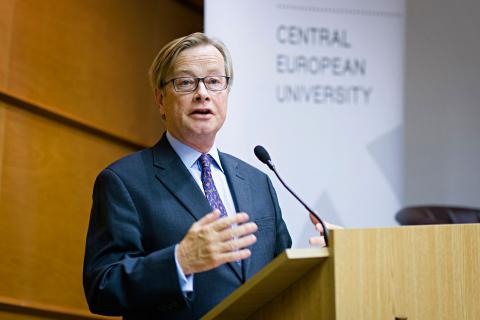 In his welcoming remarks, Ambassador Gajus Scheltema referred to the Srebrenica Massacre as a “black page” in European history. He noted that although it happened 20 years ago, the “trauma was still fresh.” Scheltema spoke poignantly about his predecessor, Robert Milders, noting that he is remembered for many things, including his commitment to transparency and human rights.

CEU President and Rector John Shattuck, who was then United States Assistant Secretary of State for Democracy, Human Rights and Labor, was the first senior US diplomat to interview survivors of the Srebrenica massacre. In his presentation, he summarized the facts surrounding the events that took place on July 13, 2015. He noted that Srebrenica had been designated a UN “Safe Area” but that UNPROFOR had been given a weak peacekeeping mandate. The Srebrenica massacre had been preceded by four years of conflict during which 200,000 “mostly civilians” had been “brutally killed” in ethnic cleansing campaigns conducted by cynical warlord leaders seeking to aggrandize their power and territory. Shattuck also pointed to broader “forces of disintegration,” as important contributing factors. The failure of the international community to respond to the killings in Rwanda in 1994 may have given “a green light” to the genocide planners. Events in Bosnia, such as the decision by the UN commander in May 1995 to suspend NATO air strikes against Bosnian Serb forces after they had taken 200 UN troops as hostages, also mistakenly gave a green light, he said.  Shattuck’s official reports on his interviews with the Srebrenica survivors led to a change of US policy and NATO intervention authorized by the UN Security Council to stop Bosnian Serb aggression and mass atrocities in Bosnia. 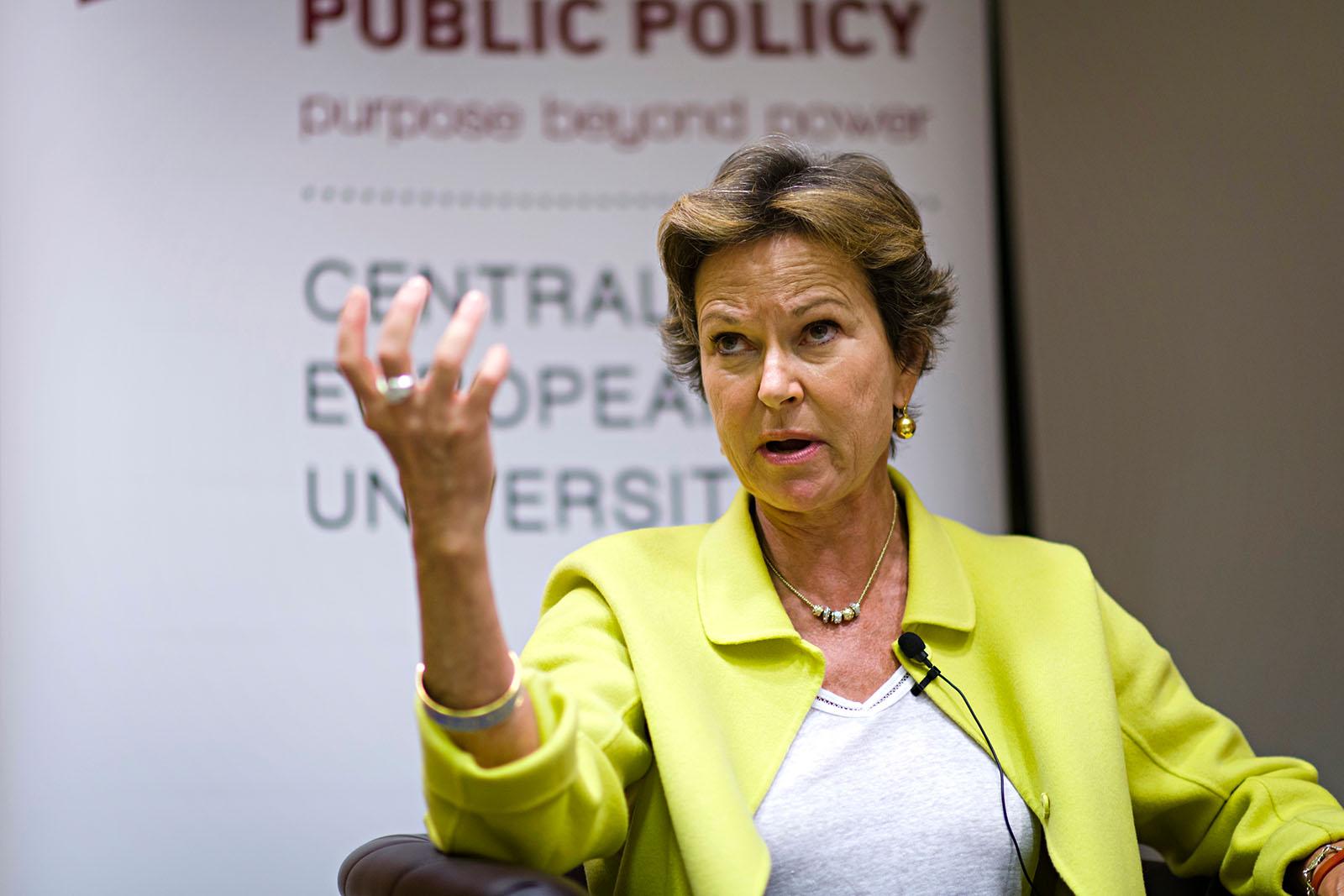 Author, journalist, and CEU board member Kati Marton opened her remarks by observing that the “world is much too good at memorials.” Marton, who was born and grew up in Hungary, said that she and her family had been refugees in 1956. “My family looked very much like the families who were at Keleti train station,” she said. We, and they, she said, were refugees, not migrants, and certainly not “illegals.”

A member of the Netherlands Parliament for 12 years (1994-2006), Bert Bakker was president of the Parliamentary Committee of Inquiry on Srebrenica, 2002-2003. The panel was appointed to investigate why a small Dutch contingent of UN peacekeepers had not been able to prevent the massacre of 8,000 Muslim men and boys in Srebrenica. As Bakker noted, the Srebrenica massacre had had a profound effect on the Netherlands, one that was felt to this day.

Reflecting on the lessons that had been learned since July 2015, Marton stressed the importance of knowing one’s history – “this is within our power,” she said. She pointed to Hungary as an example of a country that “seems not to have learned anything from its terrible history.” Durakovic said that Serbian children, unfortunately, “were not learning much” about the Srebrenica genocide and the war in Bosnia in general, and that the divisions within the country were increasing. Durakovic went on to say that he was amazed at the stories that people were willing to accept “to be comfortable with their own identity.” He commended the “real heroes” – those who were willing to risk their own lives to stay with their neighbors (of different ethnicities) and defend them against members of their own ethnic group.

Shattuck spoke of the importance of securing justice, noting that it was essential in order to move forward, and so that the innocent people from a community could have the cloud of collective guilt lifted from them.

CCNR Director Robert Templer asked the panelists if one of the lessons learned had been to not send peacekeepers in harm’s way. Bakker said he did not think so noting that although the Dutch had been hesitant for a while, they were currently involved in peacekeeping operations in several places in Africa.

Bakker went on to make another point: that although the international community had a responsibility to protect inclusive societies, so too did national governments. He said that he was worried about how some national governments were taking advantage of the current refugee crisis to promote disintegration. Marton said she too was concerned describing the current situation as “a testing period for the values of the European Union.”

Commenting on the current concerns that some people had that the refugees would never be integrated into Europe, Durakovic noted that Bosnia had been a “completely integrated” country and yet “we were victims of genocide.” He noted that we are all concerned when confronted with something that is new and unfamiliar, and that these concerns would not disappear when the differences among people are eliminated.

Durakovic argued that the way to ease our discomfort with the unfamiliar lies within us. He then told a story about traveling to Srebrenica immediately after the war, and meeting two young boys. They were playing together and talking about a short visit that some Bosnian Muslims would be taking to their pre-war homes later that day. One of the boys commented, “today the Turks are coming to town.” The other child responded, “they’re not Turks, they’re Muslims.” Durakovic explained that calling someone a “Turk” was a derogatory term and had been used by Serb propagandists to brand Bosnian Muslims as foreign invaders who were denying them statehood, property, and right to life.

“This child learned this word - “Turk” – by listening to his parents,” said Durakovic. He urged the audience to let go of any anxiety or discomfort they might feel towards others noting that it fuels racism and xenophobia. He had a special message for future parents: “before you bring up your children, work on bringing up yourself, for your children will mimic your behavior.’

Marton noted that genocide is not spontaneous. It is planned. “At every step,” she said, “the world can react.” She urged audience members to be vigilant. “We have a responsibility to pay attention,” she said.

The Lemkin Reunion commemorates the life of Raphael Lemkin, an extraordinary jurist and activist who crusaded throughout his life for the international community to recognize and criminalize "genocide," a term he coined. It is largely due to his efforts that the United Nations adopted the Convention on the Prevention and Punishment of the Crime of Genocide on December 9, 1948.

The Milders Lecture Series commemorates the memory of Dutch ambassador Robert Milders, who had a long and distinguished diplomatic career including appointment as Dutch Ambassador to Hungary.