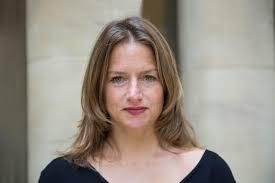 Rosa Balfour is director of Carnegie Europe. Her fields of expertise include European politics, institutions, and foreign and security policy. Her current research focuses on the relationship between domestic politics and Europe’s global role.

She has researched and published widely for academia, think tanks, and the international press on issues relating to European politics and international relations, especially on the Mediterranean region, Eastern Europe and the Balkans, EU enlargement, international support for civil society, and human rights and democracy.

Balfour is also a member of the steering committee of Women in International Security Brussels (WIIS-Brussels) and an associate fellow at LSE IDEAS. In 2018 and 2019, she was awarded a fellowship on the Europe’s Futures program at the Institute for Human Sciences in Vienna.

Prior to joining Carnegie Europe, Balfour was a senior fellow at the German Marshall Fund of the United States. She was also director of the Europe in the World program at the European Policy Centre in Brussels and has worked as a researcher in Rome and London.