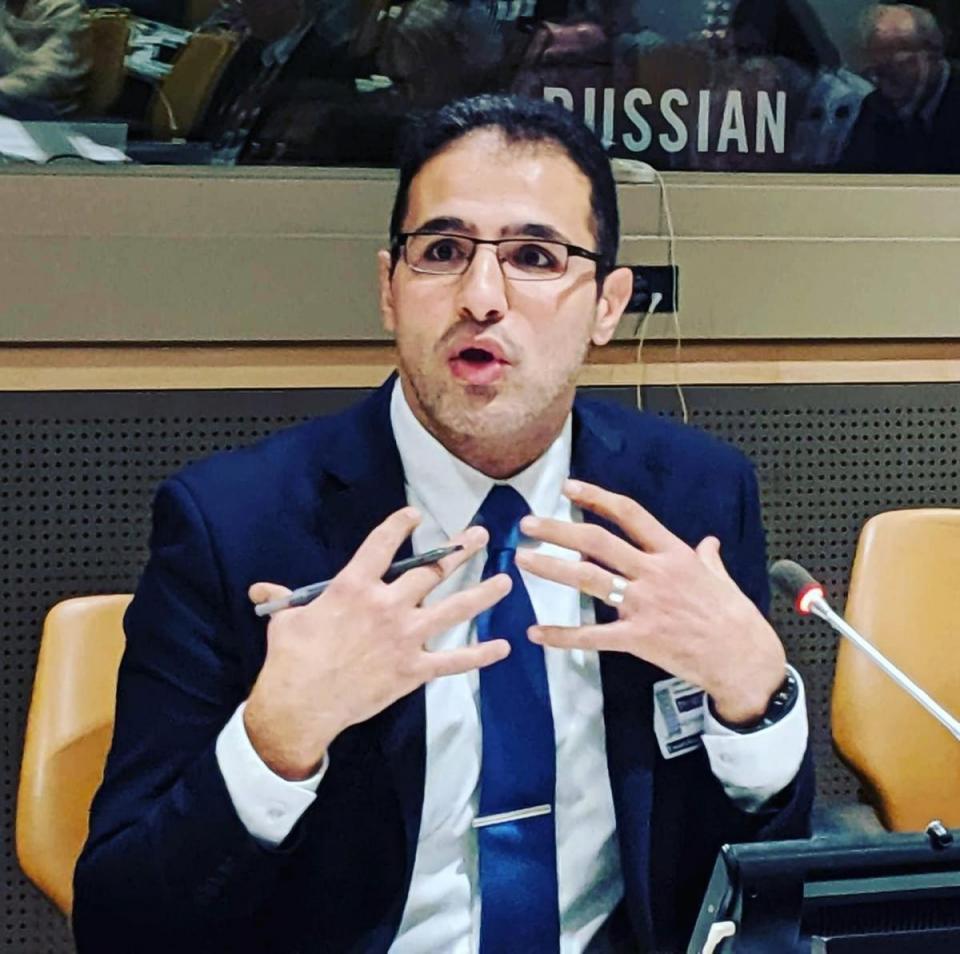 Al Abdallah is a Syrian human rights and democracy researcher and activist prior to 2011. He received a Bachelor’s of Law from the Lebanese University in 2007, on 2014, he received a Master’s of Public Policy from George Mason University with a specialty in governance and international institutions. He previously worked as a research assistant for Human Rights Watch in Beirut from where he covered Syria from 2007-2009. Al Abdallah is a former prisoner and survivor of torture who was imprisoned in Syria on two separate occasions for his work defending human rights and lobbying for political reform.

Syria Justice and Accountability Center, A Syrian-led non-profit organization, a recipient for the Anne Frank Special Recognition Award, works on ensuring that all human rights violations from all sides are well documented, preserved, analyzed and securely stored. SJAC houses an enormous database of violations and the only Syrian organization that adopts a technology for human rights approach. SJAC has contributed to war crimes units and prosecutors and provided evidence on multiple criminal cases in Europe and North America, as well as to specific investigations conducted by the UN Commission of Inquiry.

Mohammad has traveled extensively in the past years trying to put Syria, the issue of justice and accountability and the need for a holistic transitional justice approach on the agenda of the most important political and human rights actors. He addressed the United Nations Human Rights Council in Geneva and UN General Assembly on multiple occasions about the human rights situation in Syria .