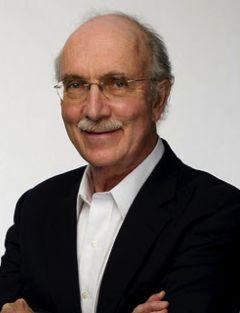 John Shattuck is Professor of Practice at the Fletcher School of Law and Diplomacy and Senior Fellow at the Harvard Kennedy School Center for Human Rights Policy. Professor served as President and Rector of CEU from 2009 to 2016, becoming President Emeritus on August 1, 2016. The University preserved Shattuck's legacy by renaming the Center of Conflict, Negotiation and Recovery in honor of his visionary leadership of CEU and as a tribute to his lifelong dedication to human rights and civil liberties.

Shattuck’s distinguished career spans more than four decades in higher education, international diplomacy, foreign policy and human rights. Before coming to CEU, he was CEO of the John F. Kennedy Library Foundation, a national public affairs center in Boston, and Senior Fellow at Tufts University. President Shattuck served as Assistant Secretary of State for Democracy, Human Rights and Labor under President Clinton, playing a major role in the establishment by the United Nations of the International Criminal Tribunals for Rwanda and the former Yugoslavia; assisting an international coalition under UN authority to restore a democratically-elected government to Haiti; and negotiating the Dayton Peace Agreement and other efforts to end the war in Bosnia. Subsequently he served as US Ambassador to the Czech Republic. In recognition of his human rights leadership, he has received the International Human Rights Award from the United Nations Association of Boston; the Ambassador’s Award from the American Bar Association Central and East European Law Initiative; and the Tufts University Jean Mayer Global Citizenship Award.

Prior to his government service, President Shattuck was a Vice-President at Harvard University, taught at the Harvard Law School, and was a Research Associate at the Kennedy School of Government. Shattuck’s career began at the American Civil Liberties Union, where he served as Executive Director of the Washington Office and National Staff Counsel. In 1984 he received the Roger Baldwin Award for his national contribution to civil liberties.  Shattuck is the author of three books, including Freedom on Fire and Rights of Privacy. He has published more than 50 articles on human rights, civil liberties, international relations, public service and higher education. In 2007 he was elected to the American Academy of Arts and Sciences.  A graduate of Yale Law School, where he received a JD degree, Shattuck was awarded an MA from Clare College, Cambridge University, with First Class Honors in international law, and a BA from Yale College, magna cum laude and Phi Beta Kappa.