Richard Holbrooke was one of the most important diplomats of the past 50 years. His legacy is not in books, theories or eloquent speeches but can be counted in lives saved. He helped end wars and sought to leave behind durable peace. He was involved in resolving conflicts from Vietnam to the Balkans to Afghanistan. He was pragmatic, tough, tireless and driven. If there is a Holbrooke Doctrine, it is that results matter.

The Holbrooke Fellowships at the School of Public Policy at Central European University honor his legacy and are inspired by his life. Holbrooke gathered around him diverse groups of smart, intense and dedicated people. He drove them hard and demanded much from them, but also rewarded them with loyalty and support, fighting bureaucratic battles relentlessly so that their ideas became policy.

Up to five Holbrooke Fellows will be chosen each year to collaborate on a project at the Shattuck Center on Conflict, Negotiation and Recovery. The fellows, who will be drawn from a diverse array of backgrounds, will work together to produce ways to address a single pressing issue. Bringing together expertise from diplomacy, policy analysis, academia, business, and the world of technological innovation, the fellows will develop real world tools to solve real problems. Results will be the focus. 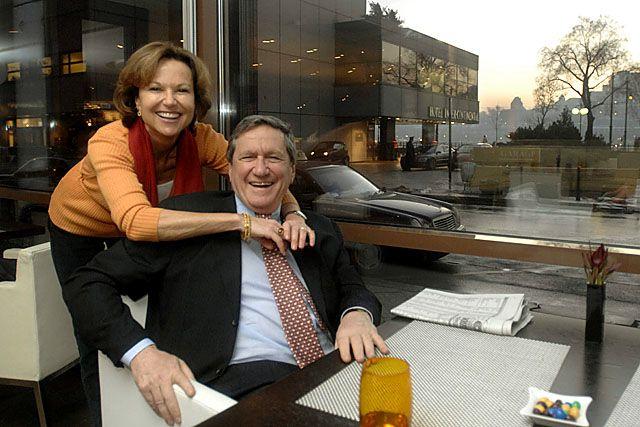 " Without Richard's dreaming and activism, the history of the last half-century would look quite different. From authoring a volume of the Pentagon Papers at the age of twenty seven, normalizing relations with China, negotiating the Dayton peace for Bosnia, and pushing for NATO expansion east, to forcing the UN to deal with the scourge of AIDS, to directing the civilian "surge " in Afghanistan, his was a purpose driven life of singular achievement.

The Holbrooke Fellowships will provide a new generation of diplomats, policy makers and activist the sort of field experience and collaboration that will ensure that Richard's brand of diplomacy does not disappear with him.

Richard was first of all a problem solver. His brand of diplomacy attacked the most complex issues of the day from every angle. He did not believe that diplomacy should be limited to professional diplomats, in well-appointed conference rooms. Whether in Vietnam – the starting point of his remarkable career – or in Afghanistan, Richard's diplomacy was about one human at a time. That meant dealing with all the human factors that create conflicts: issues of culture, faith, health, environment, women's rights, sustainable agriculture (Hillary Clinton called him "Farmer Holbrooke" for his passionate concern for Afghan farmers. His ultimate goal was to wean them off dangerous but lucrative poppy cultivation).

He was a true globalist. There was no continent or culture nor tribe that left him unmoved. Whether in Bhutan or Zambia, wherever we travelled he found something to admire, and some problem he might help fix. He was never a tourist on this planet.

It is absolutely fitting that Budapest and Central European University should be the incubator of these fellowships. Richard and I were married in Budapest, my hometown, in 1995. During his Balkan negotiations Hungary was an important staging ground for his diplomacy. As Richard came to know and love the city, we visited often. Each time he marveled at its unique culture, and the outsized role Hungary and the region have played in Europe's tragic history. Richard rejoiced and worked hard to speed the region's democratization. He was also alert to its every step backward toward its violent past.

The Holbrooke Fellows are the most meaningful way I can think of to honor Richard's achievements and to pass his singular brand on to the next generation."