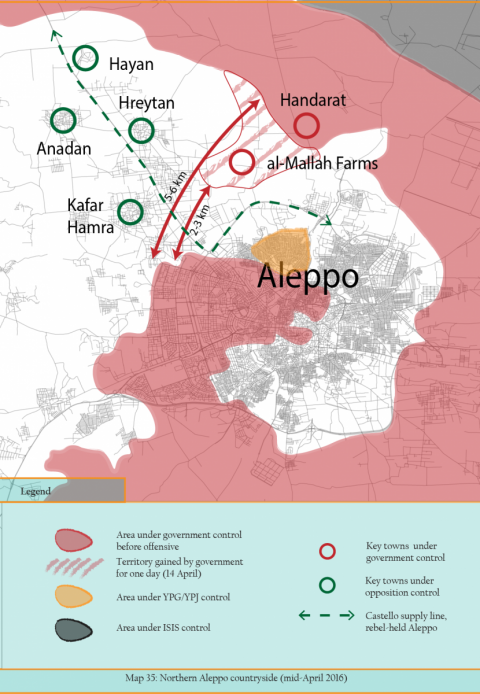 The Aleppo Project has recently introduced another valuable study for anyone who is interested in finding out about what has happened in and to Aleppo in recent years. The Aleppo Conflict Timeline begins in 2012 when the armed conflict in Syria reached Aleppo. It goes on to document the evolution of armed groups and government forces, and their military tactics and strategies. It also analyzes the Geneva Peace Process and its implications on the ground. The timeline is extensively footnoted, and includes dates, tables, charts, and 35 original maps by Aleppo Project Fellow Armenak Tokmajyan. The timeline will be updated monthly.